I am Anabel and as you all know, I’ve been speaking to Norman, a native English guy, for almost three years now. We met on a language exchange site on the Internet and the first day we started speaking on Skype, I couldn’t understand not even a single word of what he was saying, so you can imagine what my level of English was. It was so difficult understanding him and I remember how I used to say to him that he sounded like a snake ( the reason why I used to say that is because of so many «s» sounds).. you know, I’m Spanish and from my point of view he was exgarating those «s» sounds so much that I used to compare him with «a snake».
Of course I had been doing listening exercises at school and listening to the audios on the BBC and similar sites but I wasn’t used to the «real English» from natives. I couldn’t believe it,  but it was so different from what I had been listening to. It was different in the sense that the pronuntiation was way more relaxed and different in some way. Also, he was speaking quiet, and he was using slang at some points. It was from that moment on when I realised that I wasn’t gonna learn English from my country unless I started practicing and getting familiar with the «real English», I mean, the English that they all use there and not the academic English which is very good to start with but just for the beginner level. So I decided to get on with it and start speaking to Norman every single night on Skype. It was a bit of a pain as I couldn’t understand much when he was speaking and I normally used to end up shattered.
But it wasn’t long before I started understanding him more and more, of course he was speaking slower and he wasn’t using his slang and what not but, hey, I was understanding him and it felt so good as something that I thought that was impossible, was becoming possible. My dream was coming true and I started getting hooked as I really was having a lot of fun speaking to Norman. It feels awesome when you start understanding English, as once you know how to speak English the sense of your life changes completely:
– You get better opportunities at work
– You have access to a lot of information on the Internet.
– You can join a lot of English groups to get information.
– If you travel, things are much easier for you.
– You can make a lot of friends from all over the world.
– You are able to watch movies and series in English as the dubbings are not very good.
– You are able to listen to your favourite singers or actors, speaking with their normal voice and you    can understand what they are saying!
– If you lose your job you can give private English lessons to get some extra money.
– Your self-esteem increases a lot as it feels awesome when you realise that you have learnt another language and not many people know how to speak it.
– Your cultural level increases.
I mean, once you are able to communicate to English people with certain fluency as I do with Norman, there is a turning point in your life. It feels awesome when I can understand everything that Norman says, even when he speaks fast. I don’t even know how to describe that feeling but it’s something that pushes you to keep going and it becomes addictive. That’s how I feel about my English now. Learning English could be considered like a hobbie right now and I don’t think I am going to quit never ever as it’s amazing when things spring to your mind even without studying them. I could say that I am learning in the same ways as a baby does and I am doing it from my country.
People think that you have to move abroad to learn English quick but I don’t agree on that one hundred percent since I have friends who have been living there for a year or so and my English is far better that theirs. I’m not saying that my English is incredibly good but it’s true that I feel comfortable when I am speaking in English now and I can understand people and be understood by them quite easily so what I am doing now is to try and correct some minor mistakes and to learn more expressions and more specific vocabulary to improve my fluency as much as I can.
https://friendsmilesaway.com/wp-content/uploads/2020/05/logo-friends2-e1590400373618-300x78.png 0 0 friendsmilesaway https://friendsmilesaway.com/wp-content/uploads/2020/05/logo-friends2-e1590400373618-300x78.png friendsmilesaway2016-07-06 08:07:002016-07-06 08:07:00How does it feel when all the English words start coming to your mind without realising?
0 comentarios 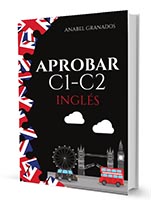 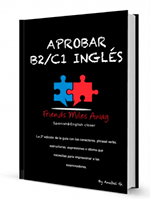 WHAT IS THE DIFFERENCE BETWEEN «A STING» AND «A BITE»? ME ESTABA MIRANDO DE ARRIBA A ABAJO
Desplazarse hacia arriba